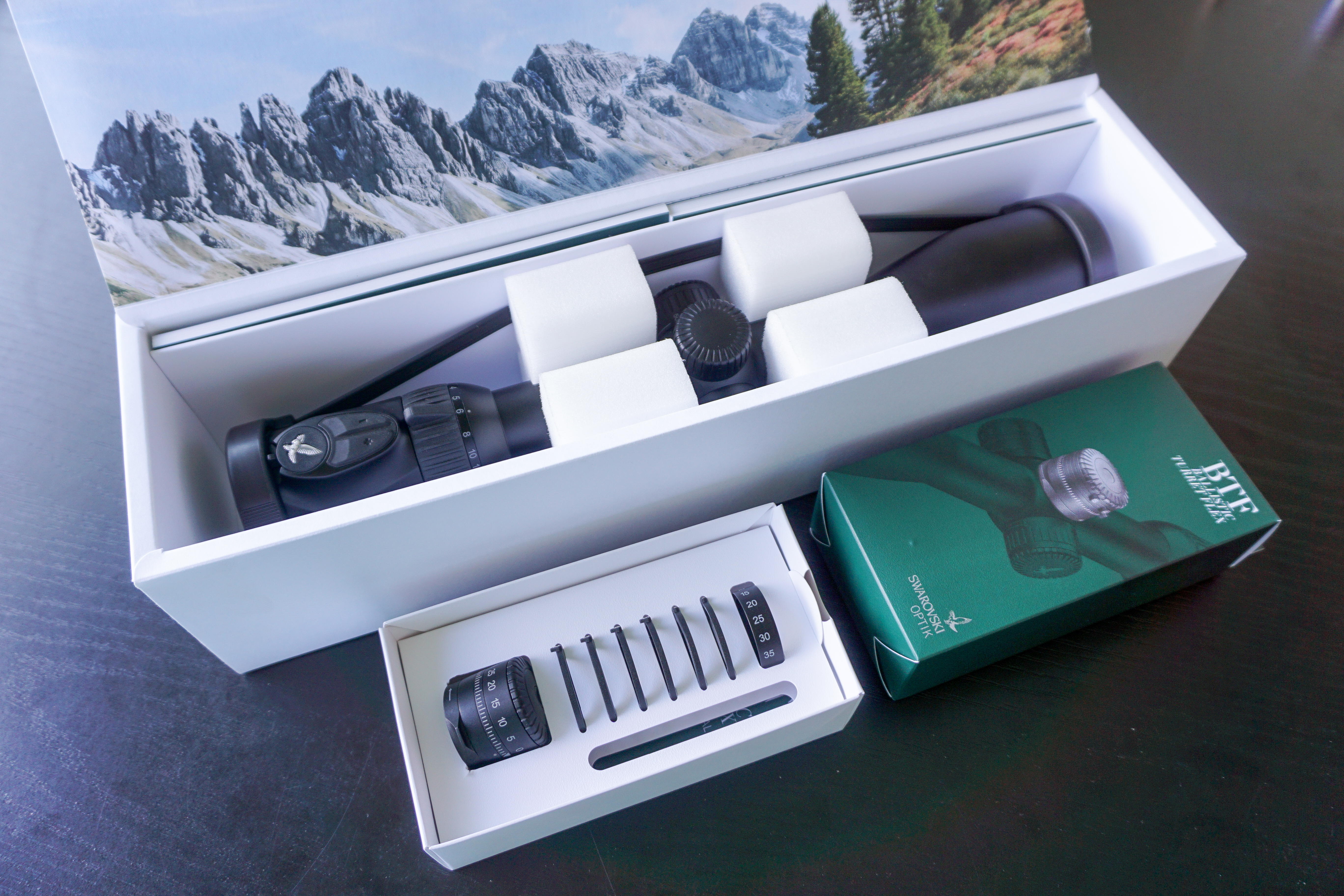 Ever since Zeiss introduced their Victory V8 rifle scopes, we all questioned ourselves, when we will see the Swarovski answer in the form of their 8time or more zoom rifle scopes. With the premiere of Swarovski Z8i the second important question became alive. How do the Z8i and V8 scopes compare? EU LRH has written one of the first articles about this topic but unfortunately without having both of these two scopes in a side-by-side test. We, on the other hand, will try to compare some figures and do a short look-through for both of them. This is not an in-depth review but merely an article that provides some additional information to those who are interested in this topic.

Size and weight comparison are more or less self-explanatory and there is no direct advantage of one scope over the other in this category. Swarovski Z8i is a bit less bulky with its 30 mm tube and much easier for mounting. Zeiss Victory V8, on the other hand, is shorter. I would recommend both scopes to be equipped with the mounting rail. This is generally the preferred way of mounting premium scopes.

If we start with the obvious information about both two scopes, we can see that Zeiss offers lower magnification and thus wider field of view. The difference is immediately noticeable, when both scopes are set to the lowest magnification. When both scopes are set to 6x the Swarovski has a slightly wider field of view but not by a big margin. I intentionally haven’t pointed out the light transmission rates, since this data is most of the time misleading, to say the least.

We also did some basic optics evaluation where we tried to get unbiased opinions from people looking through both scopes. Both scopes were mounted on a stand and we gathered a group of 6 inexperienced people (3 women and 3 men, only one of them has some of experience with optics, all others have no experience) that looked through both scopes. After that, each of them wrote down the name of their favorite, in each of the two categories (central and edge sharpness) we were concentrated on. Participants did not share any information about their favorites in this contest with other people in the group. This way we achieved that people in the group did not in any way influenced one another. Both scopes were directed toward treetops with many fine details, set at 10x magnification. Parallax was fine-tuned on both scopes and there was no noticeable error.

We tested brightness during low-light conditions and all 6 people looking through the scopes agreed that it is almost impossible to say which one is brighter. The sharpness of the image was tested in a way described above. Five people out of 6 thought that Zeiss is a bit sharper in the center of the image but by a really small margin and all 6 people concluded that Swarovski has better edge sharpness. This came as a surprise since it is quite uncommon for having a better field of view and at the same time better edge sharpness. Most manufacturers usually sacrifice some edge sharpness to achieve a wider field of view but this is obviously not the case with Swarovski Z8. The other stunning fact was that all participant except one in our test group thought that Zeiss is sharper in the center of the image. I expected the results to be more of a tie but on the other hand, we’ve only tested both scopes on 10x magnification and not on other magnifications. It could be possible that Zeiss is especially strong at exactly this magnification.

Both scopes are stunningly good in terms of optics and have no tunnel effect whatsoever.

Zeiss offers only one reticle for their Victory V8 1.8-14x50 T* scope and that is the reticle 60. Swarovski, on the other hand, offers the following reticles in their Z8i 2-16x50 P: 4A-I, 4A-300-I, 4W-I and BRX-I. Swarovski tends to make the reticles thinner with crosshair lines in 4A-I reticle covering only 2 mm at 100 meters at 16x. Since Swarovski traces its origins in the Alpine regions of Austria this kind of approach is logical since you need thin reticles for long-range shots on mountain goats.

Zeiss, on the other hand, makes their reticles thicker since they believe that thicker reticles are better for low-light conditions. Low-light use optics is also one of the main company directions and their choice is also completely understandable.

It is recommended for both of these two scopes to be bought with the BDC turret (Zeiss calls it ASV and Swarovski calls it BTF), since it is somehow understandable that premium scope of the highest class should have at least some optional features by default. BDC turret on the elevation that is, since you won’t need the windage turret too often.

Swarovski offers a new BTF – Ballistic Turret Flex turrets on their new Z8i and I have to say I am impressed. What Leica and Zeiss did with their ASV turrets just got upgraded and immensely improved by Swarovski with their new BTF – Ballistic Turret Flex turrets. BTF offers the best flexibility I have seen to date since it offers a custom arrangement of small rings with numbers. This customized turret completely complies with your bullet trajectory curve. If It also offers you the easiest detachment and reattachment I have seen to date.

Zeiss ASV turret, on the other hand, offers 9 engraved ballistic rings and you have to choose which one of these rings fits your ballistic curve the most. There will always be some minor differences between the values of clicks on the turret rings and the actual trajectory of the bullet, but these differences are so small that for general hunting these errors can be neglected. Zeiss ASV also has also bigger elevation range and offers some advantage in long-range shooting. The 30 clicks more you get on Zeiss enables you around 100-200 meters of extended range. Zeiss has also a bigger internal elevation and windage range, due to a bigger tube diameter.

Both scopes offer a wide range of accessories such as original flip-up covers, neoprene covers, throw levers etc. All of these items have to be bought separately but it is nice that manufacturers are investing effort in this field. Both scopes also come with 10 years warranty (2 years warranty on illumination). The listed price of Zeiss is, however, cheaper for 200 EUR compared to Swarovski.

I hope that this article will be helpful for anyone comparing these two premium scopes or is in the dilemma which one to choose. The upper side to this dilemma is that both of these two scopes are really good. Both of them have their strong points and not many week ones.

At the end, we would also like to say thank you to Optics trade for letting us use their videos.